Why Do Flights Get Delayed or Cancelled? –What To Do Next

It doesn’t matter whether you’re a seasoned expat or a first-time gap year traveller –flying can cause a lot of anxiety, and we talk an awful lot about our experience with airports on this blog; long-lines, strict security, lugging around heavy bags, and all with thousands of strangers around you staring, casting mental judgements, budding in line, occasionally acting out like degenerates, or worse.

And yet there is little else worse than going through all of that, only to find out at the boarding gate that your flight is delayed, cancelled, or you got bumped because of overbooking.

There are many reasons why flight delays or cancellations happen. Sometimes it’s the airline’s fault, sometimes it’s not. Knowing the difference will ensure you’re compensated when things go wrong.

If you’re really here because you want to learn about getting paid when airlines f*ck up, read this article about flight compensation under European Union regulations.

An airplane’s ability to fly on time largely depends on a lot of factors. If one single flight doesn’t go as planned, it could affect the aircraft’s schedule for the entire day.

So what are these factors I’m talking about? Let’s go ahead and figure it out!

Why Are Flights Delayed?

A flight is considered delayed if it doesn’t pull out of departures within 15 minutes past its scheduled time. A flight delay of 3 hours or more could mean you’re entitled to compensation.

Why do flights get delayed? Below we’ve listed some of the top reasons why –and have linked to a website we trust that can help you claim compensation for your trouble –they don’t charge you a thing if you don’t win your case and you can file one in seconds right in the airport.

You can get up to €600 (almost $700 USD) with the service we suggest, so make sure what the airline may offer you is as good or better!

Planes need to be maintained regularly; although airlines factor inspections into their schedule, they may find unexpected problems that require more time to fix.

Airlines won’t fly until the issue is fixed because hundred lives are at risk when a pilot has to fly a faulty plane.

Is plane maintenance a reason to get flight compensation for a delay? It sure is.

This is another common cause of delayed flights. Airports can get really crowded during holidays with many people lining up to check-in their bags and go through security.

If a flight is about to leave and a passenger is still at security, the airline decides whether to wait for that passenger or not.

This decision affects whether the next passengers at the arriving airport will be on a delayed flight or not. Some airlines do this while others have a very strict on-time boarding policy.

Is a security check a reason to get compensated when a flight is delayed? Probably.

Airlines overbook a flight based on the likelihood that someone will cancel, more often than not. If all passengers do show up and there’s not enough space in the aircraft, the airline will ask for volunteers willing to take the next flight, with compensation of course.

But what if no one volunteers? An unlucky passenger will be pulled off the flight, supposedly at random (avoid eye contact at all costs in these situations!).

Can you get some sort of compensation for being pulled off an overbooked plane? Certainly.

Just make sure what the airline offers you on the spot is better than what you can get by filing a claim –once you accept a “gift” from an airline, you can’t claim compensation later.

Usually their offer is below what you can get with legal help. They’ll often pressure you to take what they offer right there, in the airport. Sneaky, sneaky, sir.

Most flight crews work on a fixed hour basis and their time keeps ticking even during delays. Once their hours are up and the aircraft still needs to service a flight, the airline has to scramble to find someone to replace the missing attendant.

Being in high altitudes (close to outer space where radiation is a thing) and different time zones can take a toll on the crew’s health over time, so adequate rest is very important in this line of work.

It could also be that a certain member of the crew is unfit to work so they are not allowed to fly (think ‘Sully’ with Tom Hanks). This is also another case in which airline management has to find someone to replace them.

And no, they can’t just pull any random crew staff. The pilot or attendant has to be certified to fly that specific type of plane, finding one might take some time.

Could this be a reason to make a claim after a flight delay? You betcha’ —it ain’t your fault the captain had too many Mai Thai’s on a layover.

Only one aircraft is allowed on the runway at a time, so if you’re wondering why your plane hasn’t flown yet even though you’ve boarded 45 minutes ago –it could be because the pilot is waiting on air traffic control to signal that they are next in line for takeoff.

Worth compensation after a delay? Possibly.

The reason why a flight gets delayed could be because they are still loading cargo into the plane.

Not only is your plane carrying passenger luggage, it could also be carrying mail for some of the biggest postal services.

They also have to consider the weight of every single package. If the total cargo weight exceeds the “Maximum Takeoff Weight” of the plane, the airline may have to pull baggage or passengers off of the flight.

And that isn’t your problem –you could get some recompense for that.

This refers to a broad set of conditions that cause a plane to get delayed whether it’s air traffic, baggage loading, aircraft cleaning, etc. Some of the reasons we stated above fall under this category.

It’s not your fault why this kind of flight delay happens and you could definitely get some compensation. Why Was My Flight Cancelled?

Adverse weather conditions are probably the most common reason why flights get cancelled and you may be wondering “Why was my flight cancelled? It looks just fine outside”.

That may be true, but the airline factors in the weather throughout the whole journey. If they anticipate bad weather along the way, the airline has to wait for it to clear up or cancel the flight entirely.

Do adverse weather conditions mean you can get money due to a cancellation? In a lot of cases, most definitely.

Airports and airlines take security very seriously. A bomb joke could result in you getting kicked off your flight, or worse, getting your flight cancelled –and all the passengers now hate your face.

Dick asses like these will get theirs, but it doesn’t make your life go any smoother.

Airlines simply won’t take the risk, especially when hundreds of passengers lives are at stake. Flights get cancelled when people think they’re comedians.

In some cases though, the security threat isn’t as grave and only involves a drunk or unruly passenger that needs to be escorted out of the aircraft.

Could a security threat get you compensation? Maybe, but you should probably check on that before attempting to make a claim.

If there’s a computer glitch caused by a power outage, a system failure, or a cyber attack, the airline won’t be able to operate fully resulting in your flight getting cancelled.

Would this be grounds for a flight voucher or some form of payment for your troubles? Quite often, yes.

Employee strikes are someone else’s problem that becomes your problem.

This happens very rarely but when it does, it affects the airline’s operation resulting in some of the flights getting cancelled.

And you’re damned right you can get money because your flight was delayed or cancelled as a result.

If a particular airport gets too congested, it might affect an aircraft’s flight schedule for the whole day. To prevent further hassle, they might cancel that one flight in that location only.

The logic here is that it’s cheaper to inconvenience a few passengers than cause multiple delays causing hassle to a bigger number of passengers.

It’s cheaper because they have to pay out less compensation, overall. And if you get f*cked because of their decision, yes –you can get flight compensation. If you’ve had a flight delayed 3 hours+, flight cancellation, missed connection, or were denied boarding a direct or connecting European flight within the last 6 years –you may be eligible for the following EU flight delay compensation:

Canada has similar regulations that came into effect in 2019, as do other countries. Fill out this quiz to find out if you’re eligible for flight cancellation compensation, late flight compensation, or compensation for missing a flight because it was overbooked.

If you’re in the airport right now and would like to know how (and where) you can start a flight delay claim online, click here.

If you buy just about anything and it isn’t as described, there’s going to be a consequence to the company that benefits the consumer.

There is little incentive for airlines to delay or cancel your flight, but due to the nature of the product, it’s likely.

If your flight is delayed 3 hours or more, it’s not because the airlines wanted to ruin your life –but it does mean you could legally seek compensation from the airline.

As more people travel we can all expect to see more delayed or cancelled flights to happen. Millennials have caught the travel bug more than any generation before them, meaning the demand for international flights will only increase.

Airlines haven’t really caught up to this. In 2018, the number of disrupted flights had tripled compared to 2017.

The biggest causes were a lack of staff and rising fuel costs. Some airports are also already dealing with congestion problems. And none of that should be your f*cking problem.

The European Union recently stepped in to protect consumers when flights are cancelled or delayed; learn more about your passenger rights.

The best thing you can do is prepare by booking a flight with an airline that has a reputation for flying on time.

Beyond that, try to ensure your flight has a connection to the European Union because of its amazing consumer protection laws.

Keep yourself in the loop with flight updates until you reach your boarding gate. Have a backup plan. Have lots of entertainment material when you need to wait for hours.

What do you think?

Did we hit the nail on the head, or do you have better advice? 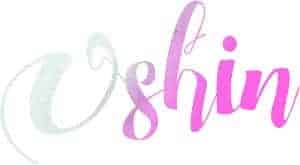 Our Top Choice for Best Backpacker Travel Insurance in 2021 14 Safest Cities in Mexico for Expats and Long-Term Travel How to Claim the Maximum Compensation for Flight Delays & Cancellations